We want to make an impact in your life, your community, and in the world. How do we go about that? By leading people to Jesus and helping them become fully devoted followers of Christ. That's the driving purpose behind everything we do.

What to Expect at central Campus

Visiting a church for the first time can be nerve-racking but having an idea of what to expect can help. Get to know us, and we hope to meet you this weekend.

No matter what stage of life you are at, we want to help you continue to grow personally and spiritually. Check out the many events you can be a part of.

We all have a need to be part of a close-knit community, a place to belong, grow, laugh and serve with others as we learn to love God, love each other, and share God’s love with our world. Join us on that journey, get connected today.

Sharing Jesus With Our World

We support, engage, and partner with causes, missionaries, agencies, and churches worldwide to serve our global community. We serve in many different ways, but there's one common thread: people who are passionate about sharing God's love to others - Join us.

We are here to help you become more who God created you to be. Explore the many learning resources we have to help you grow, catch up on old sermons, celebrate what God is doing through stories, and much more.

Lives Are Changed When You Give

Jesus is the most generous person who ever lived. He gave His life so that we might live. As Christians, we give our time, talent, and money joyfully in response to Jesus’ generosity and to help more people meet Jesus.

Why Your Giving Matters

Here at Centre Street Church we believe that it is a privilege to serve. God frees His people and gives them gifts and talents so that we may serve Him and others, as an act of worship (Exodus 8 and Romans 12). In the process, we become more like Christ, who came to serve, rather than to be served (Matthew 20:28). Where is God calling you to serve? 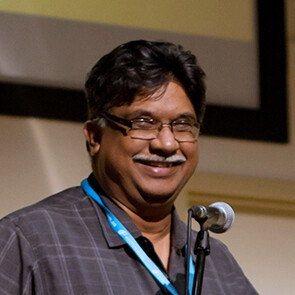 David was a born in North India to Christian parents who served in full time ministry. His father was a pastor and served a few terms as chair of the board of a Presbyterian seminary while his mother ran a Christian school in a primarily Hindu context. At the age of 17, he left college to minister in Bhutan, but soon realised his incompetency which led him to Bible training in Presbyterian Theological Seminary in North India, later at Prairie Bible Institute in Three Hills, Alberta and recently to Fuller Theological Seminary in Pasadena, CA.

David and Anita have two grown up boys who are employed in the medical and financial sectors but also serve the Lord through YM. Love for music is what bonds them as a family and is their favourite pastime.

David has many years of retail management experience in Alberta and has also served as a ministry volunteer, bi-vocationally and fulltime at organizations such as Far East Broadcasting Associates, Youth for Christ, and EMCC. 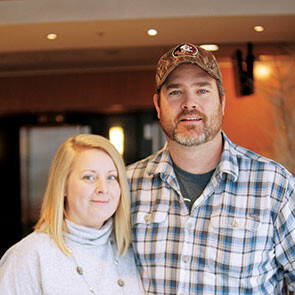 We are Chris and Gemma Ney, we have three kids who are young adults now, 19,18,17 and we live in Pincher Creek Alberta.  We have been married now for almost 20 years! We as a family love to hike, hunt, fish, canoe, sports, camping, and enjoy the outdoors.  We moved out to Alberta in 2010 due to work, as I am a heavy equipment operator by trade, so that it was the work that brought us here, but God had other plans for us.

As we settled into Alberta and made it our home, we quickly began to understand the call on our lives to reach people and make disciples.  To grow more we attended Canadian Southern Baptist Seminary in Cochrane and got half way through my MDIV when we got called to plant. During that planting experience we learned a lot about how not to do things in ministry. We made many mistakes as a first time Pastor family, but then we connected with C2C Network.  C2C began the proper training, coaching and mentorship that was needed for us.

We are very active in the community as the kids have all played local sports like basketball and football, with Gemma and I coaching and helping in various ways.  We are passionate about sharing the gospel and equally passionate about discipling the next generation.  In 2015 we moved to Pincher Creek as an apprentice couple to potentially plant a church there one day. We got involved in the community right away by coaching various sports, joining different events and clubs in town to get a feel for what this community was all about.  During that time, we started a Bible study which grew and eventually became Vertical Church Pincher Creek.

Since then we have seen over 38 accept Jesus as Lord and Savior, seen over 20 baptised in that time as well!  God has shown us favour in the town as we became the emergency shelter for this whole area. Another example is when we were asked to step up and take over the food bank for our community or they would have shut it down.  We stepped up, and have seen tremendous fruit from that!  Additionally, we have been able to build a bridge into the communities on both First Nations reserves around us.  It is incredible the doors that God is opening up.  We have needs like any other church plant, prayer being the biggest, along with finances and partnerships.  We are seeing God grow His kingdom, and we are fervently praying for more.  If we are to see the people of this area changed with the gospel we cannot do it alone.

Have questions and want to learn more about what’s happening in our ministry? We would love to hear from you.